As the November 2018 midterm elections approached, many political conversations were happening on Twitter. We wanted to increase transparency for candidates running for office, as well as suppress bad actors creating fake accounts and impersonating candidates.

The solution had to be impossible to fake within Tweets and profile spaces. Many people try to fake Verification badges by adding blue circular emoji (i.e., 🌐, 🔵, or 🔷) to their display names. This requirement quickly eliminated any idea involving a badge or insignia placed around the profile picture. The winning solution was a text-based label and icon placed prominently on each candidate’s Tweets and profile.

I collaborated with Michelle G. (who also served as the product manager and Directly Responsible Individual), Olivia from policy, Bridget from government partnerships, Lien from research, Liz from marketing, and we shipped this on four clients (iOS, Android, Mobile Web, Desktop Web).

For phase 1, the label text had to contrast enough with the Tweet text so that bad actors couldn’t type it at the beginning of their Tweets to fabricate the label. That solution worked well, but research showed that people were confused by the government building icon. For phase 2, an information icon was added that did two jobs: it gave an additional layer of security, and it provided an affordance to let customers know they can tap the label for more information. 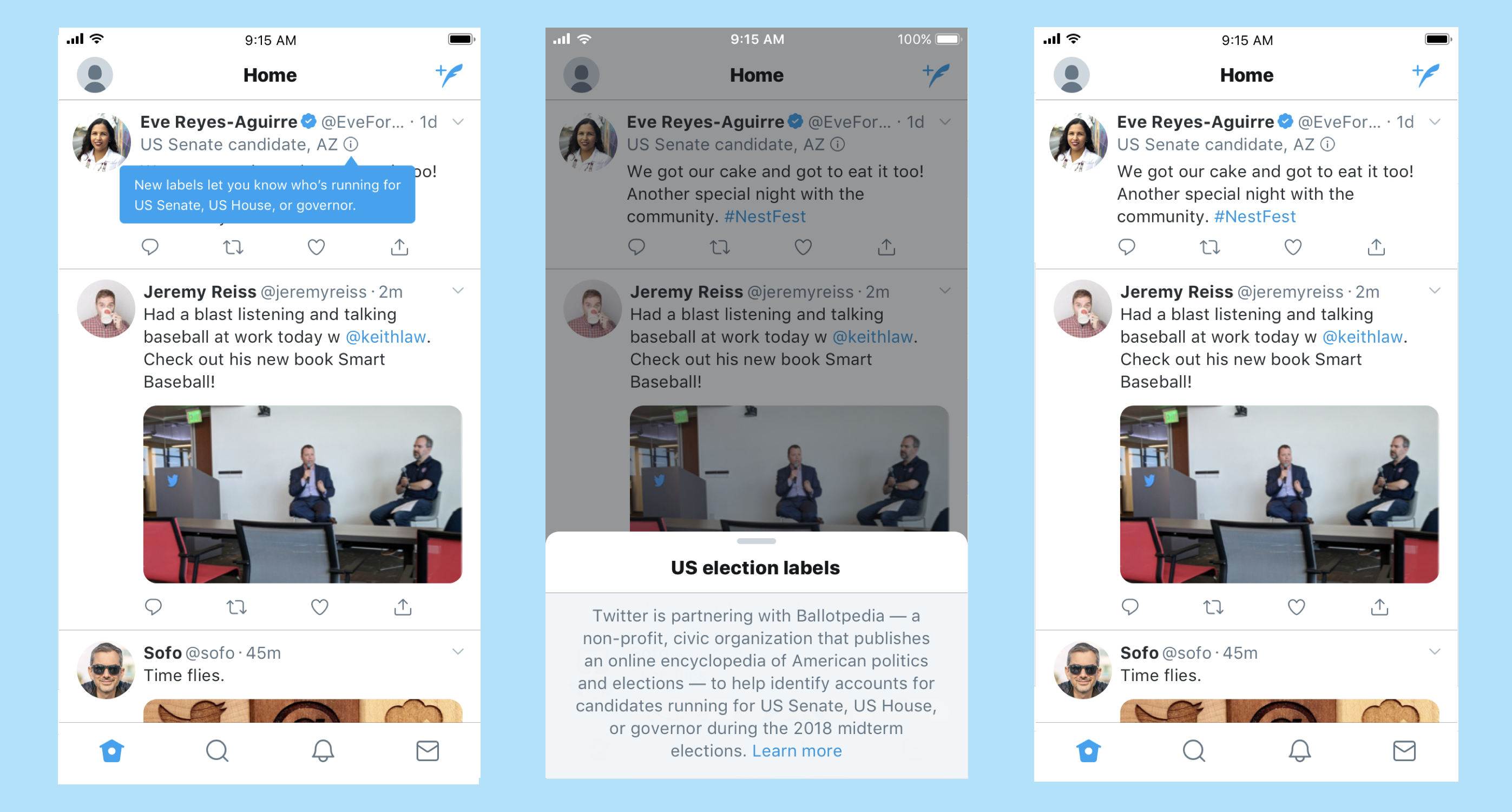 The first time a candidate appears on a customer’s Home Timeline, they will see a small education tooltip. For further accountability, customers can tap anywhere on the label to see a context half-sheet modal to explain where Twitter is getting information on each candidate.

After a two month sprint, we launched at the end of May 2018. TechCrunch, The Verge, and Buzzfeed News wrote about it. 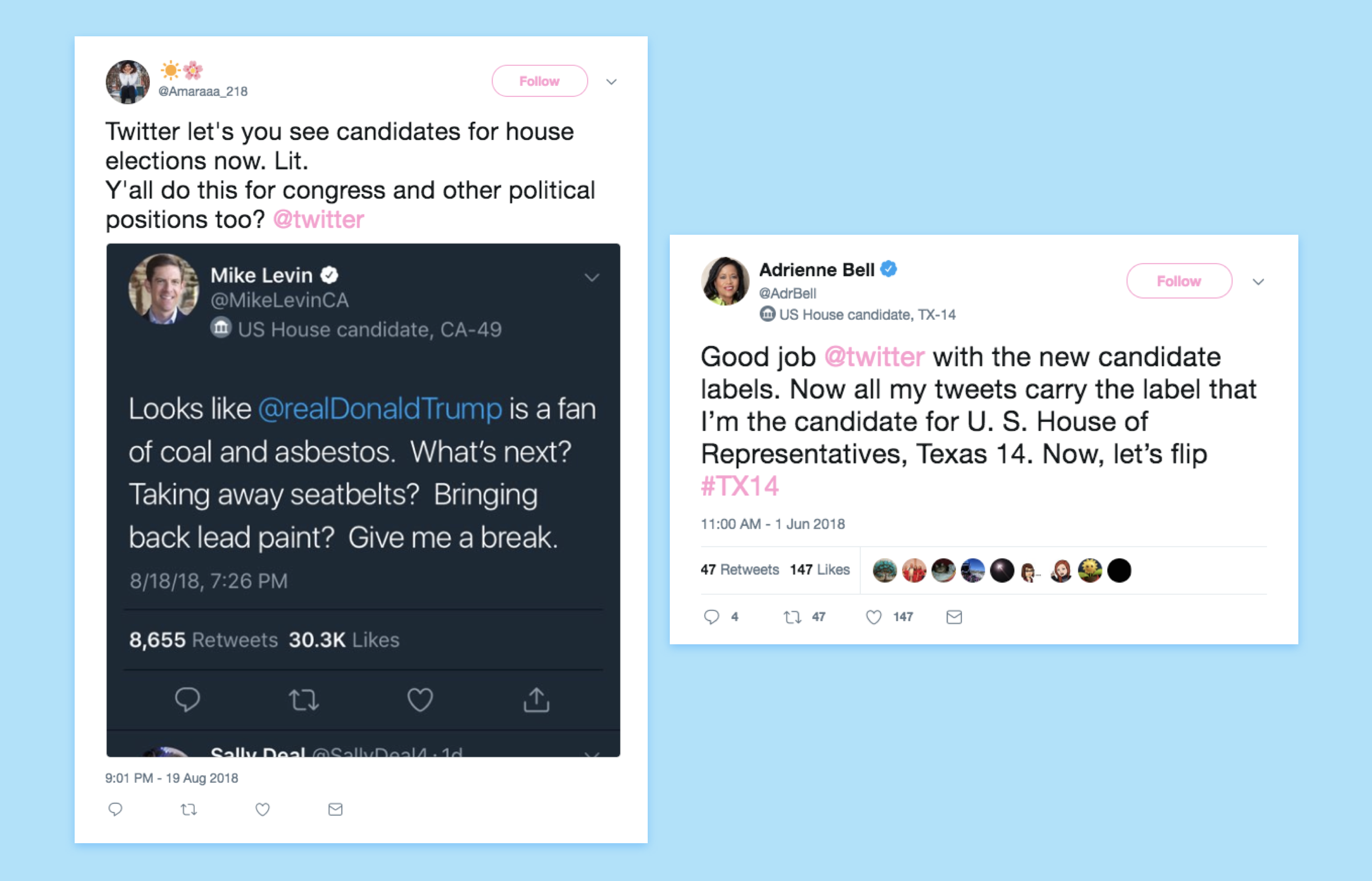