I collaborated on this feature with Michelle, a Senior Product Manager and the Directly Responsible Individual (DRI) for this project. I also worked closely with quantitative and qualitative researchers in the US and Japan, back-end engineering, client engineering for all four supported clients (iOS, Android, Mobile Web, and Desktop Web), content strategy, marketing, and comms.

The team had lots of healthy debate over if hidden replies should be shown to the Tweet audience or not. We felt like the average person would want to hide unwanted replies from being seen by everyone. But we were also aware that people with large followings could possibly use Hidden Replies to create and/or spread misinformation by creating a narrative with the replies they had hidden. In the end, we made the extremely tough call to show the hidden replies in a separate view, to help protect against misinformation.

We wanted to find a home for Hidden Replies on the conversation view that struck a good balance between reliably findable on large conversations by promenent accounts yet hidden enough that vulnerable audiences wouldn’t feel put on blast. We went through 10+ iterations to try to strike a delicate balance for both audiences.

Our first thought was to put the entry point in the 'More replies' section at the bottom of the conversation view. This made sense because it's where low quality Tweets are surfaced already. However this proved technically infeasible, and difficult to locate on Tweets with hundreds of replies. Another option we looked into was having the entry point inside the caret on top right of the Tweet author's original Tweet. That option was a little too hidden and people had difficulty finding the feature. We also looked into redesigning how replies are structured on conversation view, but that ended up being out of scope for our project timeline. 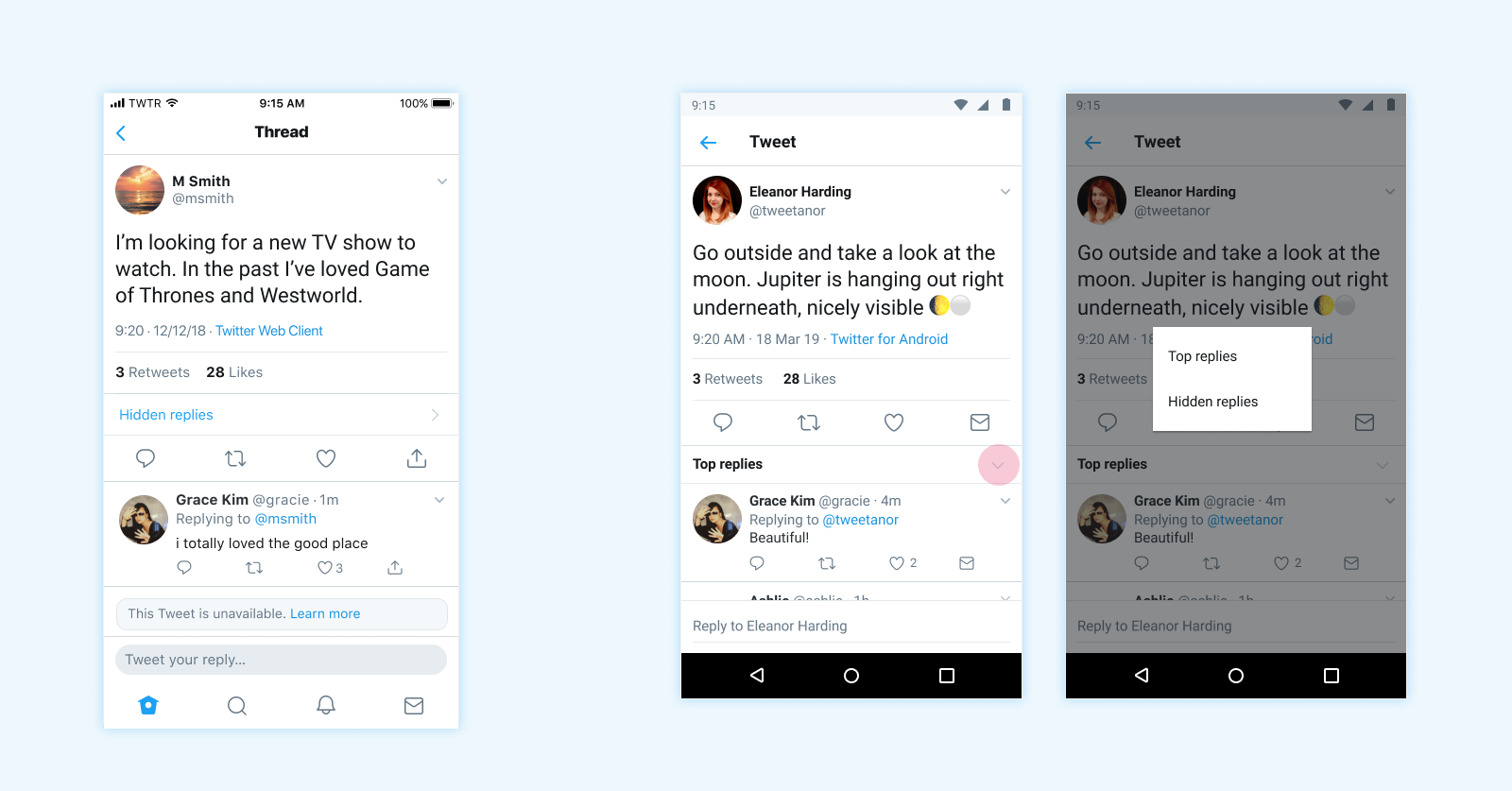 We landed on adding an small grey icon on the original author's Tweet as the entry point to our Hidden Replies feature. The icon is only visible when the Tweet author has hidden one or more replies. The Hidden Replies icon is small, subtle, in a predictable location for Tweets with hundreds of replies, and technically feasible within our short development timeframe. 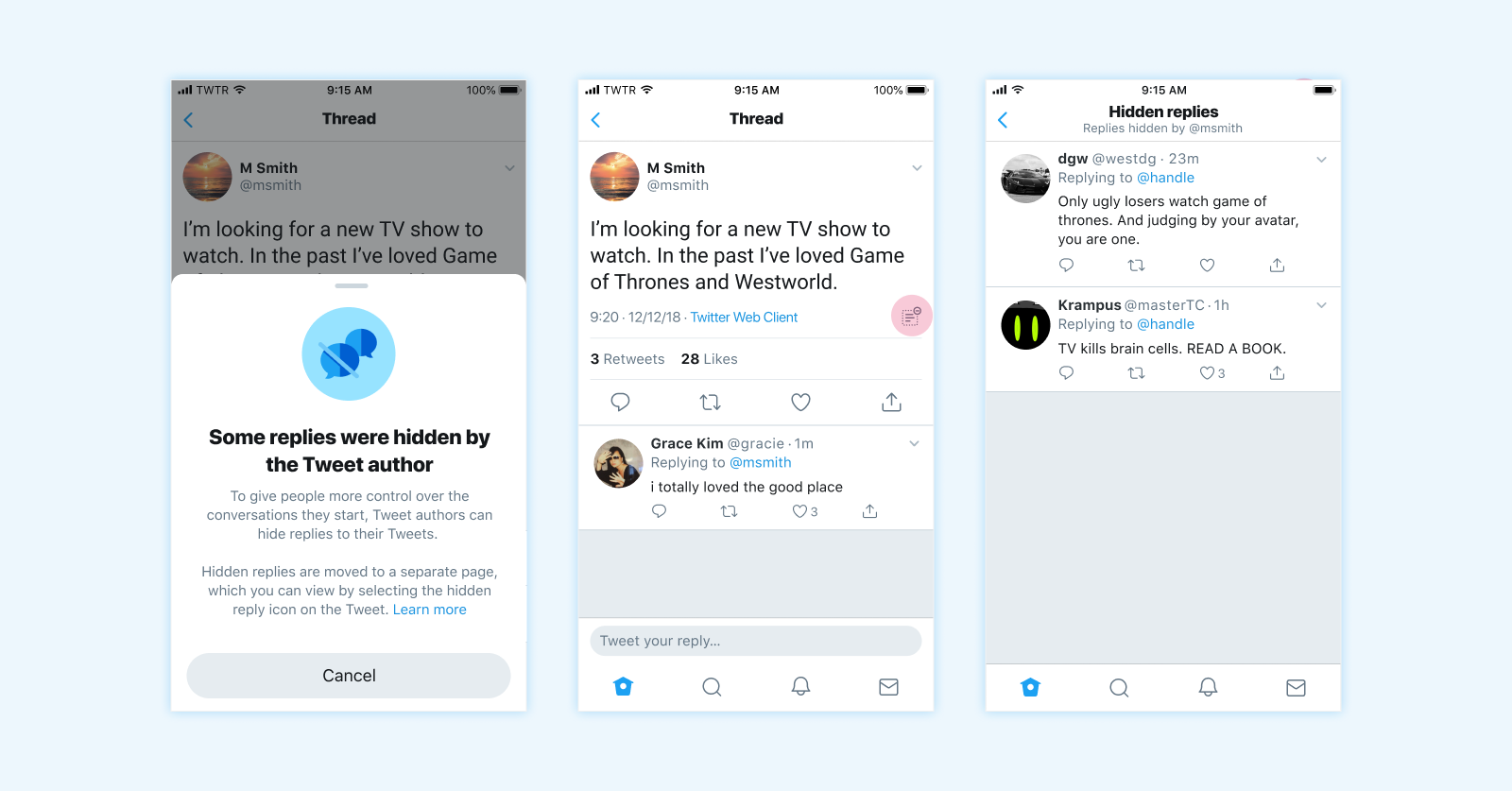 The Tweet hiding experience was more straightforward, we added an 'Hide reply' option to the caret in each reply. We took great care to explain to the Tweet authors exactly what would happen with the replies we had hidden. We wanted to be very transparent that the replies had not been deleted, and that other people on the platform would be able to see what they had hidden. 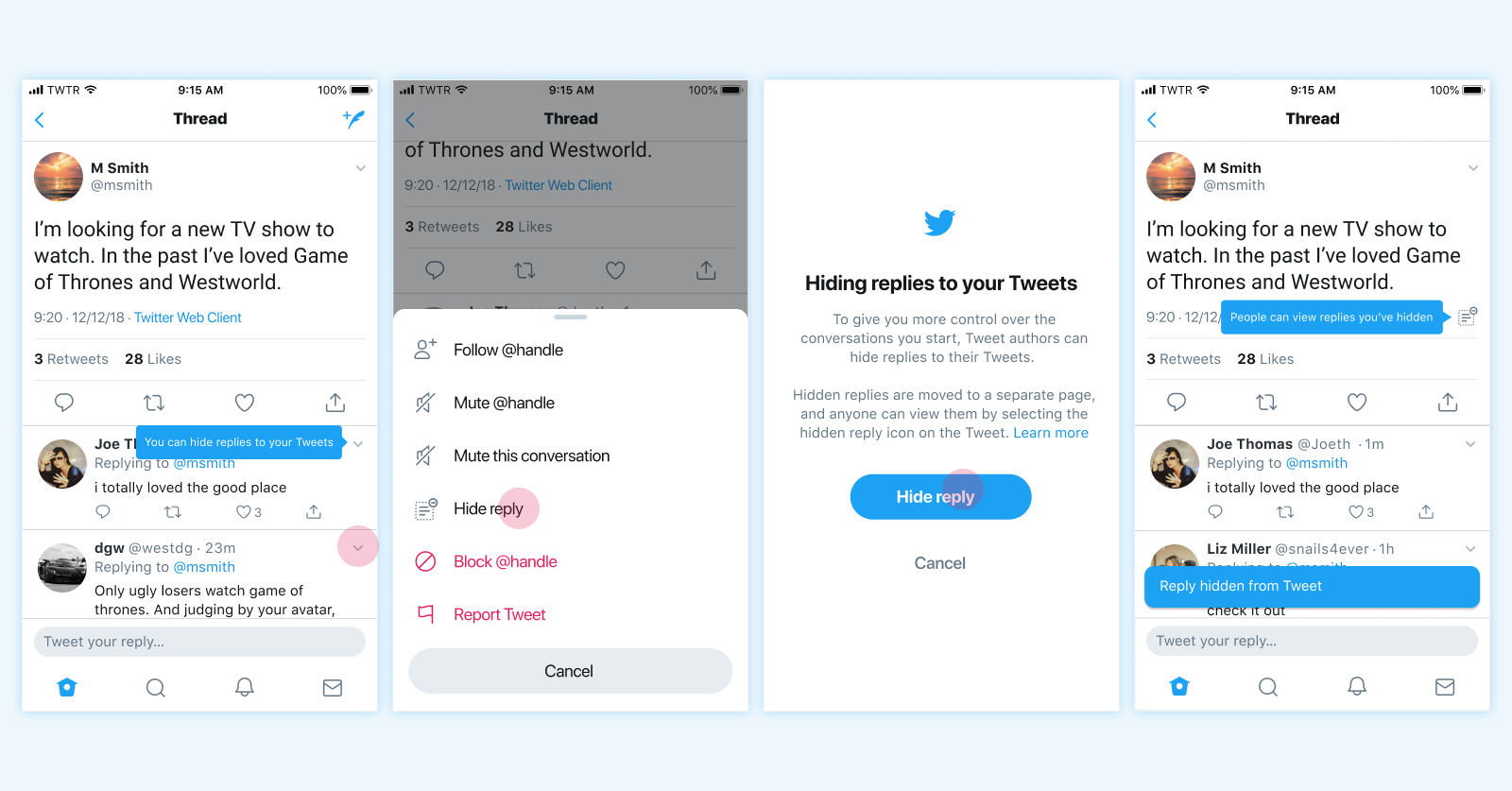 We wanted to launch this feature slowly to monitor how it was used, and iterate as needed. First we launched in Canada on July 2019, and learned that 27% of people who had their Tweets hidden said they would reconsider how they interact with others in the future. Two months later we launched in the US and Japan, and finally globally in November 2019. TechCrunch, Verge, Wired, and NPR wrote about it. 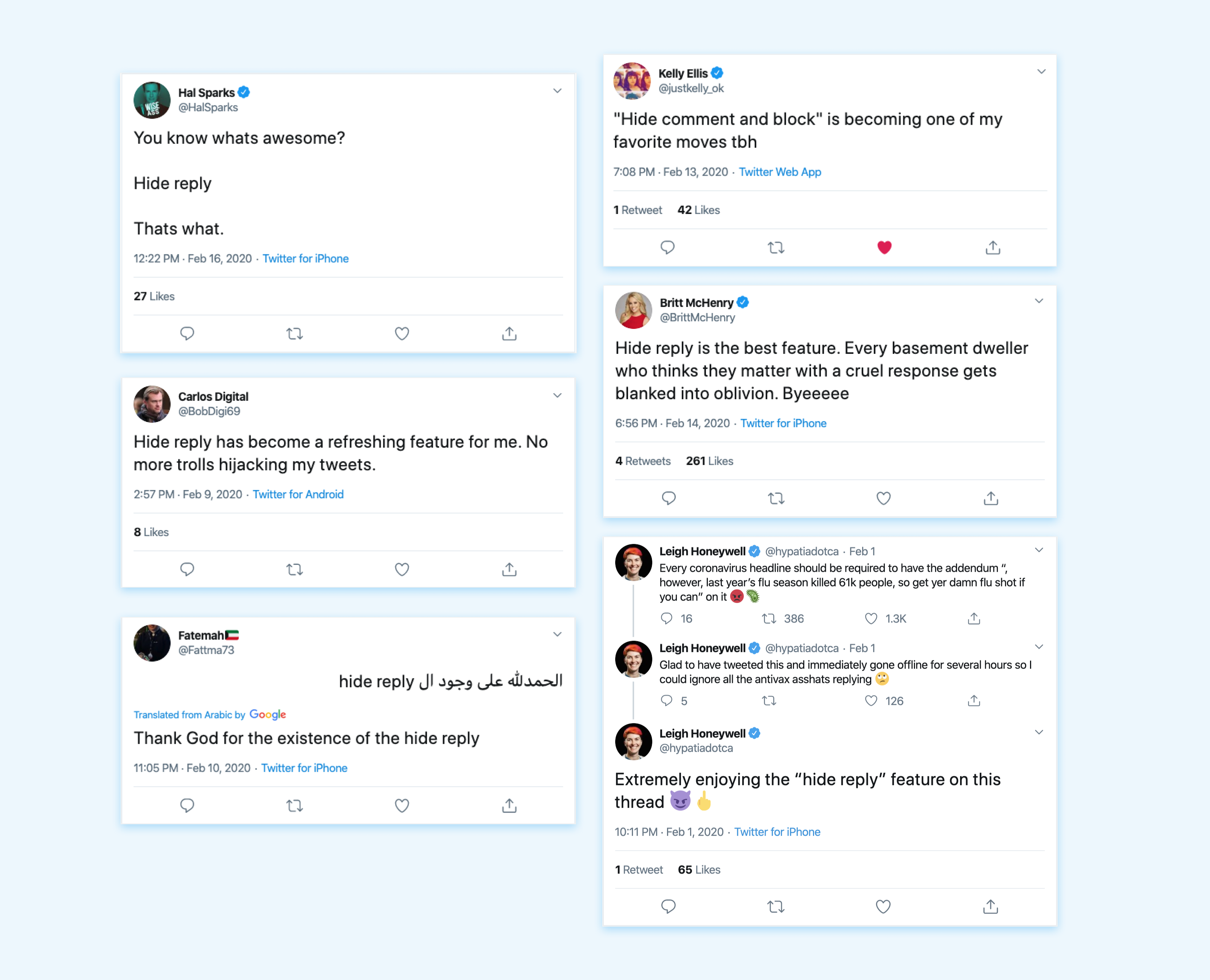 What customers say about Hidden Replies